Dallas Morning News - How philantropist and entrepreneur Adil Adi established and grew WorldLink to become a leader in Talent and Technology services.

Frisco - Adil Adi spent last week in South Korea shoring up his new four-person office outside Seoul. This week, the 52-year-old founder and Executive Chairman of Adi WorldLink LLC will be in Japan scoping out possibilities for a foothold in the Tokyo area.

His Asian journey is part of a rapid expansion plan that should push his Frisco-based technology staffing, software and services company to more than $220 million in revenue this year with robust profits.

He's due back in Dallas Thursday, and he has a tradition: When the plane lands at Dallas/Fort Worth International Airport, Adi, a naturalized citizen, will sing "The Star-Spangled Banner" under his breath. Why wouldn't he be a patriotic songbird? "I love this country, and I love to sing," Adi said.

"The past two years, we have clocked amazing revenue numbers with 100 percent growth year over year," Adi said at his headquarters before leaving on his trip. "We've grown slowly, slowly, steadily from the year of inception in 1998. The growth started four years ago and then the company took off."

That growth — coupled with his philanthropic giving and civic involvement — is percolating Adi's name to the top of the Dallas business scene.

"Adil is a classic made-in-America success story," says Chris Maxtone-Graham, senior vice president in wealth management at Morgan Stanley, who knows Adi professionally and personally. "He's a high-energy, visionary entrepreneur driven to succeed. He pays it forward by mentoring and supporting the next generation of aspiring entrepreneurs."

All this was beyond his wildest dreams as a teenager in India, when he thought he was dreaming big because he wanted to come to America.

But Adi let his studies slide during his first two years at Mithibai College (11th and 12th grades in India) while he basked in the glory of being a national star cricket player.

He was banished to a vocational school where he learned machine work, followed by two years of manual labor.

"It was the lowest of the lowest levels that you could work in the factories," he said. "What that taught me was, never ever screw up on studies."

Adi worked his way into Bombay University, where he earned a degree in production engineering in 1987. "America was my constant dream," he says. "Even when I was doing manual labor, I told everybody, I'm going to go to America." And they'd go, "Yeah, right, America. You're working with hacksaws and files." 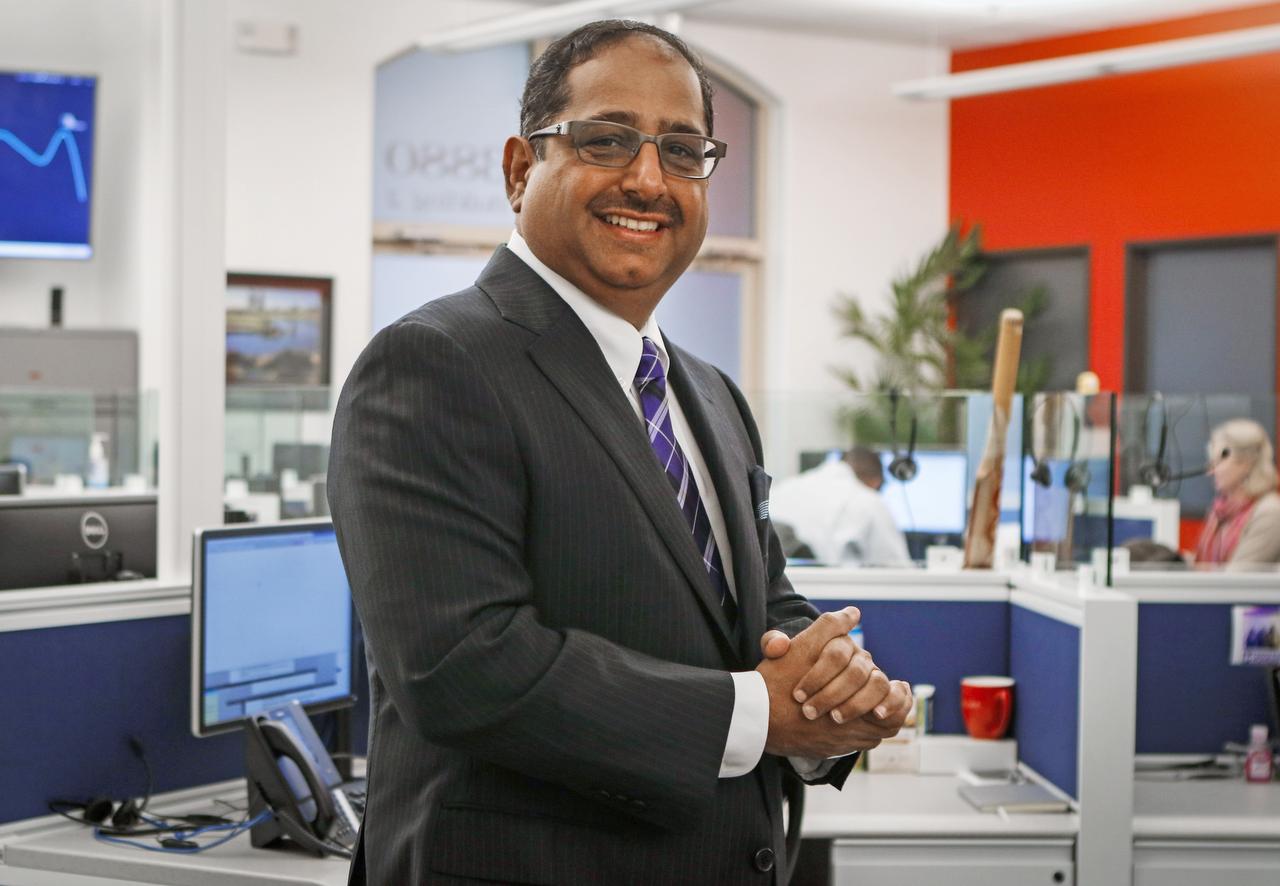 He and a buddy landed at the airport in Oklahoma City, hopped into a cab and told the driver to take them to Enid. They were shocked when the driver said it was a 90-mile trip and demanded $150 before he'd leave the curb.

Since the duo had a combined $60, they slept at the airport, took a taxi to the Greyhound station the next morning, and spent six hours on the bus winding their way to Enid.

"There was an apartment that [the university] had arranged for us. We just loved it," he says. But Adi ran out of money by the end of his first semester. So he drove to New York looking for summertime work and became a leased-limo driver.

When he finished his MBA in 1990, Adi and his girlfriend and now-wife, Zenobia, headed due south to see if they might want to live in Dallas. "We made a right turn off Southwestern Boulevard into the Village Apartments and saw paradise," he said. "Swimming pools, nice apartments for 300, 400 bucks in rent. We said, This is our place. We'll settle in Dallas."

In 1997, Adil Adi decided to use his engineering connections in India to start a tech staffing company. SAP, the German giant software corporation, was gearing up operations in the states, but there was an acute shortage of talent. "So I got talent for SAP from India. That's how the business got started," he said.

Today nearly all of the tech workers WorldLink recruits are here in the United States.

Adi, who owns WorldLink, has added other services — software programming and technical support services — to its IT staffing business.

Its biggest client is Samsung and its U.S. operating units. Adi is using his relationship with the South Korean telecommunications giant to network into other companies there. "After 17 years, we have ventured into a new territory," he said.

He might also add a small operation in Japan if his research this week pans out.

For the last five years, WorldLink has provided tech staffing and project management services to Texas Capital Bank. Rob Palacios, the bank's chief information officer, says WorldLink invested the time to understand Texas Capital's culture and its needs. "This has helped us find new leaders for our business solutions group who can be effective in our environment," Palacios says.

Last year, WorldLink added more than 400 employees and opened offices in Washington, D.C., Detroit and San Jose, bringing its total to 1,200, including about 250 in the Dallas area. This year, Adi says the company will hire 300 to 400 people as it expands.

Both of the Adi sons are promising golfers. The eldest is about to graduate from Texas Christian University and hopes to join the PGA Tour. The younger will join Southern Methodist University’s team next year. If they turn pro, they’re guaranteed at least one big sponsor, Adi says.