The Gyeonggi Provincial Government hosted the event as a means to gather Smart City and Driverless Vehicle thought leaders from around the world. Contributing speakers ranged from academia to the private sector who traveled to Korea to share their perspective on these technologies. Talks covered: 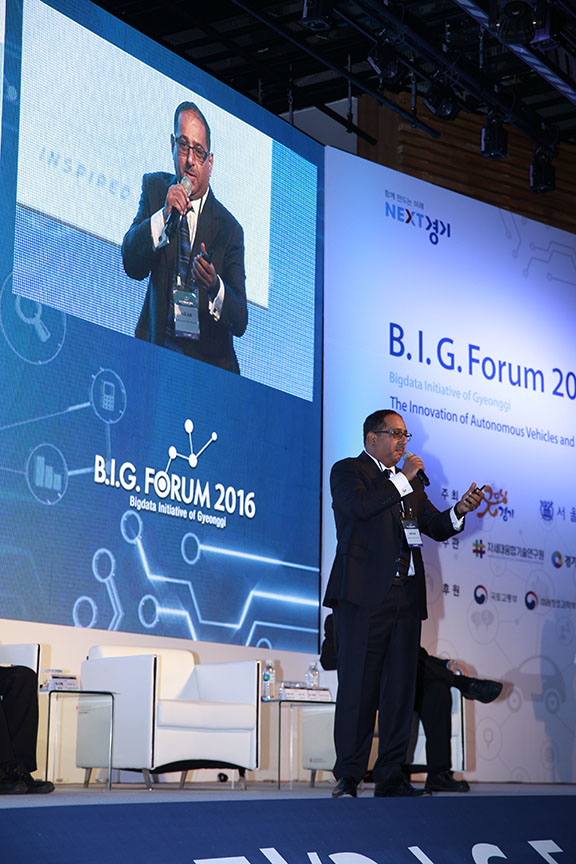 Adil spoke predominantly about the incredible volume and quality of data produced from a connected environment. "Driverless vehicles digest so much data that 23,600 vehicles will produce the same amount of data that was produced by all internet traffic in 2013" Adil stated. "To me, that's incredible. From all this data, just imagine how much more we will know about the environment around us and the efficiencies this will create. I have to applaud the Gyeonggi Province for prioritizing innovations that could improve the lives of their community."

Other speakers from the United States included representatives from NXP Semiconductors, the University of Florida, former Tesla, and Founders from promising start-ups focused on advancing driverless vehicle technology.