1. Make Money Answering Emails With This New App: Startup 21 announced just such a service today. Released in a quiet beta in mid-January and available for iOS and the web (Android to be released soon), the 21 app proclaims in its tagline, "It's like LinkedIn InMail, except you get paid!" There is one catch, you get paid in Bitcoin. The app integrates with Coinbase to let users cash out seamlessly. So how does it work? Picture someone like Mark Andreessen who has thousands of people trying to contact him outside of his network. Using 21, he can now assign a price, lets say $50 for someone to contact him. Upon receiving an email, he must respond in order to collect the money. Beyond this use case, the implications of such technology are vast. Micropayments could completely get rid of spam if we can attach a minuscule price to each email.


2. Bitcoin Continues Exponential Growth in 2016 Blockchain Letter, February 2017: Bitcoin has been the top performing currency in the world six of the past seven years. In early January, the price of Bitcoin surged to levels not seen since the massive bubble in 2013. In hindsight, it is clear that the price in 2013 was well ahead of its fundamentals. However, now given the amount of infrastructure development and capital that has gone into the ecosystem, Bitcoin will likely continue to see growth beyond $1,000. With increasing demand and diminishing supply, Pantera Capital has projected a price of $2,288 by years end.


3. Bitcoin in the Philippines: The central bank of the Philippines has released new guidelines for bitcoin exchanges operating in the country. Under guidelines inked on 16th January and published today, "entities" that offer exchange services will be required to apply for a Certificate of Registration. Exchanges will also need to register with the country's Anti-Money Laundering Council Secretariat, the document shows, and while currently unspecified, exchanges will also be subject to "registration and annual fee services."


4. Bitcoin Will Be Legal Method of Payment in Japan: Bitcoin will soon be legally recognized as a method of payment in Japan. The bill with provisions for cryptocurrencies has recently passed through the period of public consultation and will enter into force in April. This however, doesn’t mean it will be considered a real currency yet.

5. The First Government to Secure Land Titles on the Bitcoin Blockchain Expands Project: In a vote of confidence for a fledgling technology, the Republic of Georgia committed in a signing ceremony in Tbilisi on Tuesday to use the Bitcoin network to validate property-related government transactions. It is the first time a national government has used the Bitcoin Blockchain to secure and validate official actions, signifying a vote of confidence for the technology still somewhat tainted by an early association with illicit activity.


6. Mexican Remittance Tax Could Lead to Bitcoin Boom: GOP Rep. Mike Rogers on Tuesday said that he will introduce legislation to charge a 2% tax on remittances from individuals to Mexico and other South American countries to help offset costs of President Trump's proposed border wall. It also could unintentionally spark mass adoption of Bitcoin and other cryptocurrencies, which could be used by immigrants to circumvent such rules. Much like the internet, Bitcoin is permissionless, it doesn't care about religion, demographics, cultural norms, government, or laws. You are simply a set of numbers on a decentralized ledger system.


7. Winklevoss Bitcoin ETF Offering Expands to $100 Million: New documents filed for the Bitcoin Exchange Traded Fund (ETF) sought by investors Cameron and Tyler Winklevoss reveal that the size of the offering has grown to $100m. The years-long effort — delayed more than once by the US Securities and Exchange Commission (SEC) — is aimed at providing a means for investors to gain exposure to bitcoin without actually having to buy the digital currency. Announcement expected March 11.


8. Banking Giant Mizuho Invests in Japan's Biggest Bitcoin Exchange: In a press release today, Tokyo-based Bitflyer revealed it had raised new capital from financial firms including Sumitomo Mitsui, Mizuho Financial Group and Dai-ichi Life Insurance Company. A report by Japan-based news source Nikkei indicated that the funding equalled roughly ¥200m ($1.76m) Bitflyer is now one of the largest exchanges in the world and is growing exponentially in Japan. This is yet another sign banks are starting to warm up to the idea of crypto-currencies like Bitcoin.


9. Is Bitcoin Growing Up? For all the volatility, there are indications that Bitcoin is acting more grown up. Go back to December 2013, when the PBOC intervened after the cryptocurrency reached a record high of $1,137. It then dropped 51.4 percent in a week, only to bounce back about 70 percent in the next two days and fall below $600 in another week. Bitcoin then settled into a slow descent to $183 by January 2015. The PBOC recently announced new regulation to Bitcoin exchanges in China which resulted in a price did a drop of 7.8 percent but has since fully recovered.


10. Venezuela, a Case Study for Bitcoin? With the Venezuelan Bolivar experiencing hyperinflation, Bitcoin usage in the country has skyrocketed. According to LocalBitcoins, the transactional volume is up by 1200 percent over the course of the last six months. This is further proof that Bitcoin can act as a hedge against irresponsible central banks and governments. Venezuelans are also using Bitcoin to shop for groceries and other things online since the Bolivar is essentially worthless and not accepted anywhere.


1. IBM: Nine in Ten Government Execs Plan to Invest in Blockchain by 2018: Out of 200 government executives from 16 different countries worldwide polled, 14% say they expect to utilize production-grade blockchains sometime this year. Forty-eight percent anticipate launches of their own between now and 2020. The remaining 38% indicated that they would take a wait-and-see approach, putting off their own use of the tech until past 2020.


2. Globalization Failed Many. Here's the Technology That Could Help it Work for Everyone: The challenge that lies ahead is how to make globalization (and, ipso facto, technology) work for everyone, not just privileged few. The blockchain, a decentralized ledger that verifies and permanently records transactions, may help us achieve this goal. In fact, the democratizing potential of this technology could be key to ushering in a new era of globalism.


3. 27 Big Industries Where Blockchain can be utilized.


4. Abu Dhabi National Bank Goes Live on Blockchain: The NBAD is employing Ripple's distributed ledger or blockchain to create a global settlement network. Accounting for more than $19 billion (Dh70 billion), the United Arab Emirates is ranked as the world's fourth most remittance-sending country, according to the World Bank Migration and Remittances Factbook 2016. 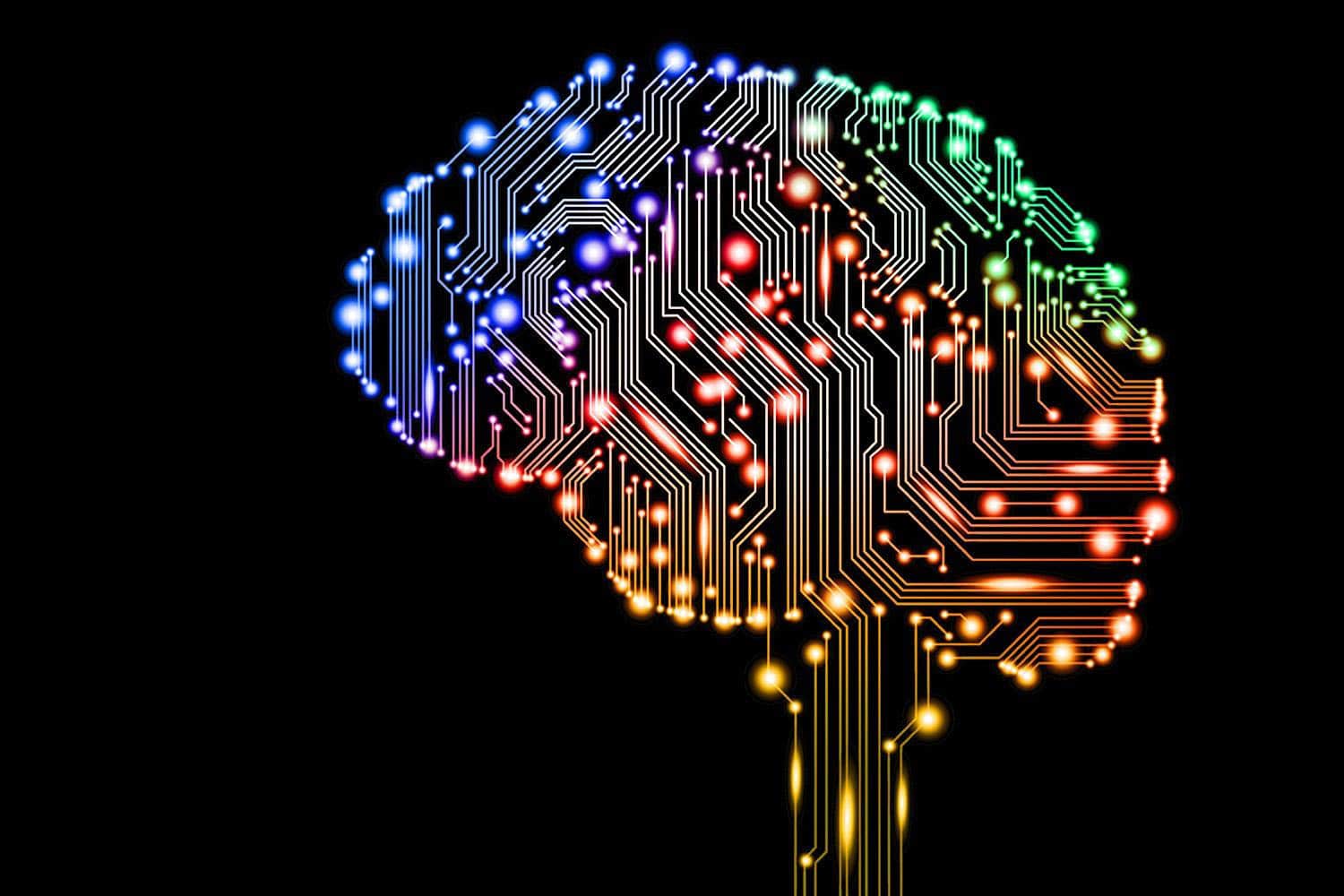 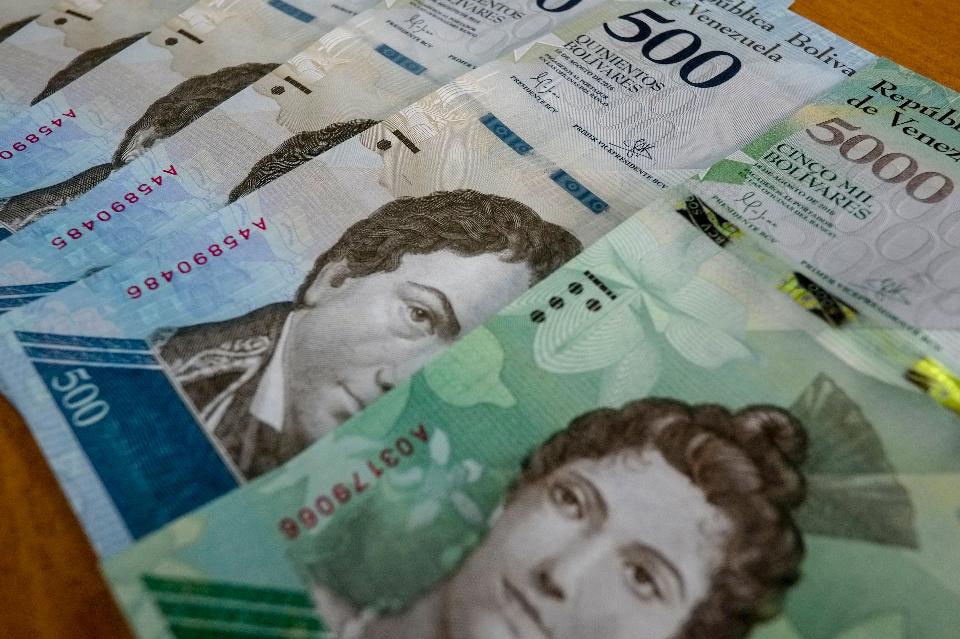 5. AI and Bitcoin are Driving the Next Big Hedge Fund Wave: Tarrant is beginning to explore hedge funds built on ideas that have sparked so many companies and created so much wealth in Silicon Valley — ideas that span artificial intelligence, crowdsourcing, and digital currencies. He believes the hedge fund world is on the verge of a new revolution, a revolution he calls the Third Wave.


6. Not Just for Cryptocash: How blockchain Tech Could Help Secure IoT… The internet of things isn't coming, it's already here. New healthcare, industrial, home and personal devices are being connected every day, right under our noses. Gartner predicts that by 2020, nearly 21 billion IoT devices will be online. Yet as exciting as this explosive growth may be, it also brings new challenges — and chief among them is security.


7. 10 Mistakes Often Seen Among Enterprise Blockchain Applications: Organizations have begun experimenting with blockchain technology for a range of use cases including monetary remittances, academic credentialing systems, land title systems, and tracking the origin and provenance of products. Yet, Gartner estimates 90% of enterprise blockchain projects launched in 2015 will fail within 18 to 24 months. Part of the problem is that the majority of enterprise blockchain projects don’t actually require blockchain technology. In fact, these projects would probably be more successful if they did not utilize blockchain.


8. Bank of Korea Set to Carry Out POC: Kim Jung-hyuk, head of the e-finance planning team at the Bank of Korea's Financial Supervisory Service, said in Digital Money 2017 conference held on the February 20th by EconoTimes and THEblockchain, "As a central bank, we were looking at different ways to utilize the blockchain technology."


For Reference, go to Blogs and watch on Youtube on the Money, Blockchains, and Social Scalability: READ MORE...