The Blockchain Forum Event in Dallas discussed business models of the future. A group of blockchain thought leaders assembled to provide current and future perspectives of the technology's adoption.

DALLAS, TEXAS – A group of blockchain thought leaders assembled at Southern Methodist University's Edwin Cox School of Business on April 13th to provide current and future perspectives of the technology's adoption. Start-Ups, Investors, and Experts provided diverse perspectives on what blockchain is capable of and how enterprises can incorporate the time-stamped ledger into their current platforms. The conference was organized by the partnership of WorldLink and TiE-Dallas, in conjunction with SMU's Cox School of Business. 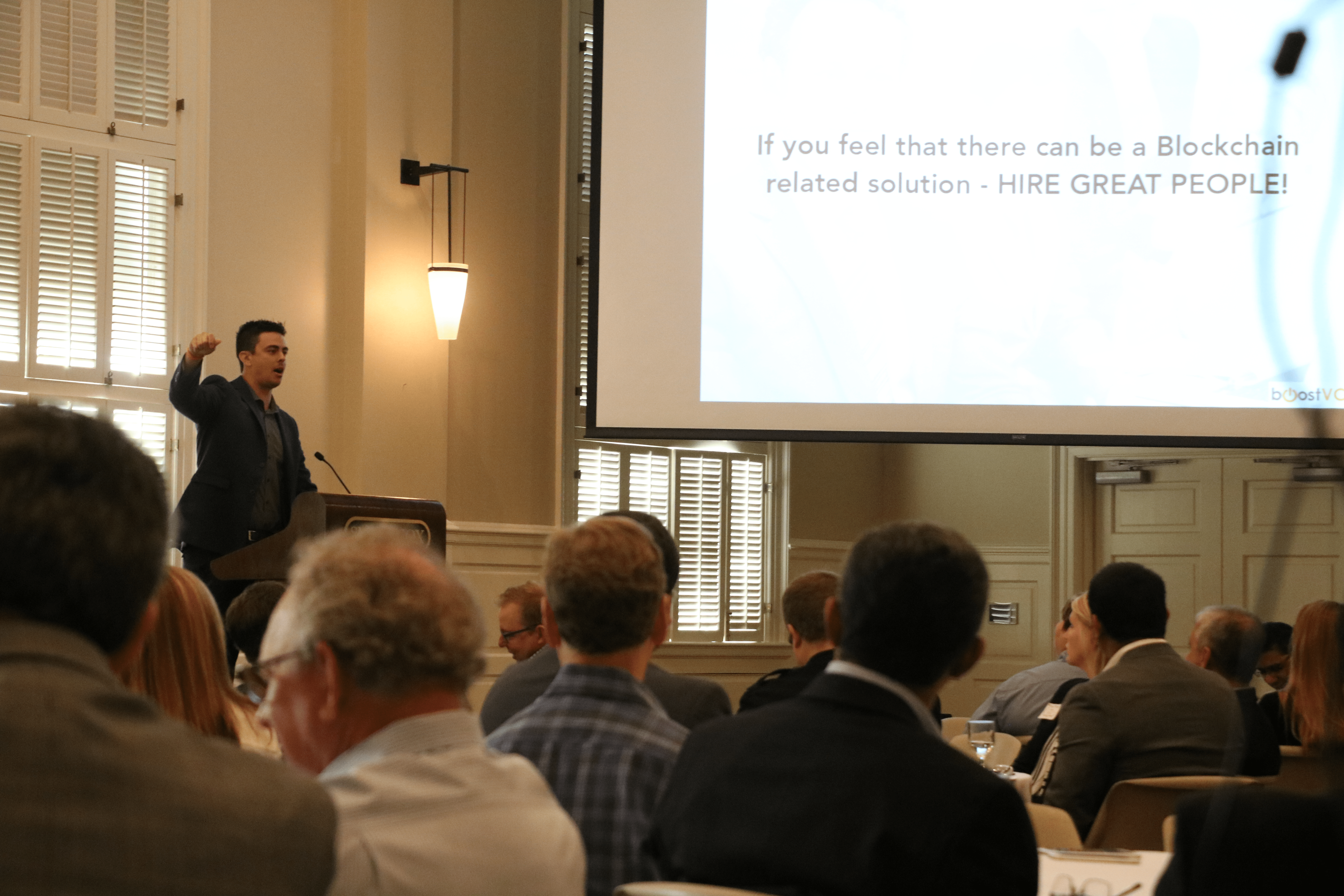 WorldLink CEO, Adil Adi, welcomed the attendees and provided a summary of how WorldLink's Emerging Technology experts have engaged with blockchain technology before introducing the Forum's keynote speaker. Adam Draper, Founder and Managing Director of Boost VC, served as the keynote for the conference. Speaking to a room with only standing-room available, Draper first decoupled blockchain from the cryptocurrency Bitcoin. Draper, who has invested in over 65 blockchain-based companies, discussed how blockchain will eventually be used for payment settlement, smart contracts, and identity management. Following the keynote, the audience took turns asking the Fourth-Generation Venture Capitalist about the specifics of investment opportunities and where the technology is seeing traction.

Following the keynote, start-ups presented their solutions in successive presentations and Q&A sessions.  Factom, a data registry company out of Austin, TX, led the session by speaking about their Harmony product for the Mortgage industry. Filament, an IoT company that recently closed their Series A round, displayed how their "tap" product is extracting data in areas void of internet connectivity and is capable of self-executing smart contracts. ShoCard taught the audience how easy it can be to manage Identity on an immutable, decentralized database through their application, complete with biometric readers. Silicon Valley-based Skuchain discussed their BRACKETS solution and how it is revolutionizing global supply chains. Symbiont  completed the start-up session by connecting Wall Street with blockchain technology via their Financial Application platform.

For the final segment, Bobby Majumder, Board and Charter Member of TiE, led a panel of experts that debated numerous topics within the adoption of Blockchain. Lowell Ness, from the Palo Alto office of Perkins Coie, offered unusual insight into the legalities of implementing a blockchain solution and how the publicly-available, yet anonymous, information brings new challenges to network participants. The Director of Digital Currency Group's Corporate Network, Meltem Demirors, provided a pragmatic perspective on how enterprises are performing Proofs of Value to test the feasibility of a blockchain solution within their existing platforms. Demirors also offered a believable timeline for more widespread adoption among corporations wanting to harness the security of blockchain technology. Draper also served on the panel and displayed an opportunistic perspective on how the innovation could disrupt existing business models.

The 2017 Blockchain Forum brought out a group of technologists, entrepreneurs, and a mass of people wanting to learn more about the feasibility of blockchain technology, which is often confused with Bitcoin. The primary message from speakers is that corporations are beginning to initiate Proofs of Value and adoption will proliferate exponentially in the next 5 years. Clips from the event can be found at this link, compliments of media firm, the Roger Wilco Agency.

WorldLink is a Dallas-based Technology Consulting firm that assists forward-looking clients in Cloud Solutions & Governance, Data Analytics/Business Intelligence, Enterprise Blockchain-Based Solutions, Managed Services, and Technical Staffing/Talent Strategy. Founded in 1998, WorldLink has been recognized as one of the country’s fastest-growing firms by Inc., Deloitte, and the Dallas Business Journal. WorldLink has employees in over 30 US states and in Korea. To learn more, visit http://worldlink-us.com.

The Indus Entrepreneurs (TiE) was founded in 1992 in Silicon Valley by a group of successful entrepreneurs, corporate executives, and senior professionals. Since its inception, TiE now boasts one of the largest entrepreneurial networks in the world, with 13,000 Members in 61 Chapters across 18 Countries. TiE's mission focuses on Mentoring, Networking, Education, Incubation, and Funding for aspiring entrepreneurs. TiE's flagship event, TiECon, is regarded as the largest entrepreneurial forum in the world and is held over 15 cities globally each year. To learn more about the Dallas chapter of TiE and upcoming events, visit http://dallas.tie.org/.