1. Bitcoin four days ago tagged and exceeded the price of one ounce of gold for the first time ever. Fundamentally speaking, this really shouldn't matter but since Bitcoin is often compared to Gold. It created a lot of press.


2. Tyler and Cameron Winklevoss will know within days whether they've won approval to begin offering their bitcoin-based exchange traded fund. Officials from the U.S. Securities and Exchange Commission met with the twins on Feb. 14 to discuss their proposal for an ETF based on the digital currency, according to a short notice of the meeting published on Feb. 22. A decision is due by March 11.


3. "Central bank cannot control or regulate blockchain. Just the same way no one is going to control or regulate the Internet. We don't own it." The Deputy Director of the Central Bank of Nigeria's Banking and Payments System (CBN), Musa Itopa-Jimoh


4. While bitcoins are used as currency to purchase services and products, they are also a potential asset class.According to Angelo Robles, founder and CEO of the Family Office Association, "We're seeing a growing number of single-family offices — especially those with greater assets — invest in less traditional assets such as bitcoin."


1. Blockchain holds the potential to significantly increase data privacy and security while boosting accuracy and integrity — all while giving patients the ability to control their information more completely than current methodologies."There's an opportunity to capture the holy grail of health IT, which is to put the patient back in thecenter of their care. We can provide much more transparency balanced against confidentiality. We can change the landscape of that by adopting blockchain – and hopefully cut the costs of bureaucracy and overhead that make healthcare so expensive."


2. Blockchain-based solutions have the potential to make government operations more efficient and improve the delivery of public services, while simultaneously increasing trust in the public sector.


3. Identity management is becoming a more prominent problem in the IT industry as we rely further on centralized services to store and protect our personal identifying information. We So how do we get from an insecure, centralized information model to a decentralized authentication model imitating interactions? The answer is a combination of cryptographic hashing and blockchain technology.


4. A vexing problem facing health care systems throughout the world is how to share more medical data with more stakeholders for more purposes, all while ensuring data integrity and protecting patient privacy. Traditionally, the interoperability of medical data among institutions has followed three models: push, pull, and view (discussed below), each of which has its strengths and weaknesses. Blockchain offers a fourth model, which has the potential to enable secure lifetime medical record sharing across providers. 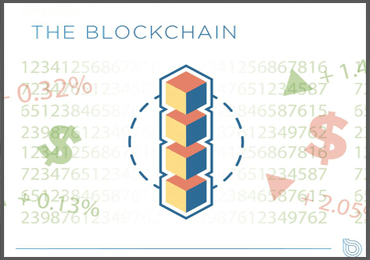 5. Blockchain optimism has faded since the 2016 DTCC Blockchain Synopsium. The most obvious shift is the name of the event itself, which for Wednesdays gathering, had become 'Fintech Synopsium'.


6. The alleged lack of available talent for blockchain industry jobs was high on the agenda at the DTCC's Fintech Symposium, held yesterday at the Grand Hyatt in New York City. There, executives from a wide range of companies took turns addressing an audience of several hundred financial industry executives to express their concern about what they believe is a problem preventing wider growth and use of the technology.


7. The Bank of England and the Federal Reserve Bank of Boston are among 11 new members of the Linux Foundation-led Hyperledger blockchain initiative.


8. Blockchain technology is gaining momentum in the area of trade finance, as banks including Barclays develop and test solutions to address their pain points. Now, the trend continues with ING and Societe Generale Corporate & Investment Banking successfully testing a blockchain-based trade finance prototype solution, announced on Wednesday. The new solution is called Easy Trading Connect, and was trialed between the two banks and Mercuria, a global commodities trading corporation. It was used to process an oil trade from Africa to China.


9. AlphaPoint, a fintech company specializing in blockchain technology, has completed a successful proof of technology with Scotiabank, an international bank headquartered in Toronto, Canada. Through the trial, Scotiabank sought to explore and evaluate how the AlphaPoint Distributed Ledger Platform could be leveraged internally.


10. The Danish shipping giant Maersk has revealed the completion of its first live blockchain trial, aimed at simplifying the way in which it sends trillions of dollars worth of products around the world.


11. Microsoft is expanding on its Azure Blockchain-as-a-Service work by joining the new Enterprise Ethereum Alliance, along with Intel and a number of leading banks.

Bitcoin's SegWit Activation is Only A Matter of Time. READ MORE...